Learn more about our enhanced protocols to protect your health and safety.

Holidays are the best time to make memories, because we make the time to take in the essence of what surrounds us.

Why not grant yourself the gift of capturing those moments through the lens of a professional photographer who will accompany you on a tour of the island? Have fun with this wonderful way of making magical Mykonos memories, learning alongside a professional or as the subject of a beautiful photo reportage. 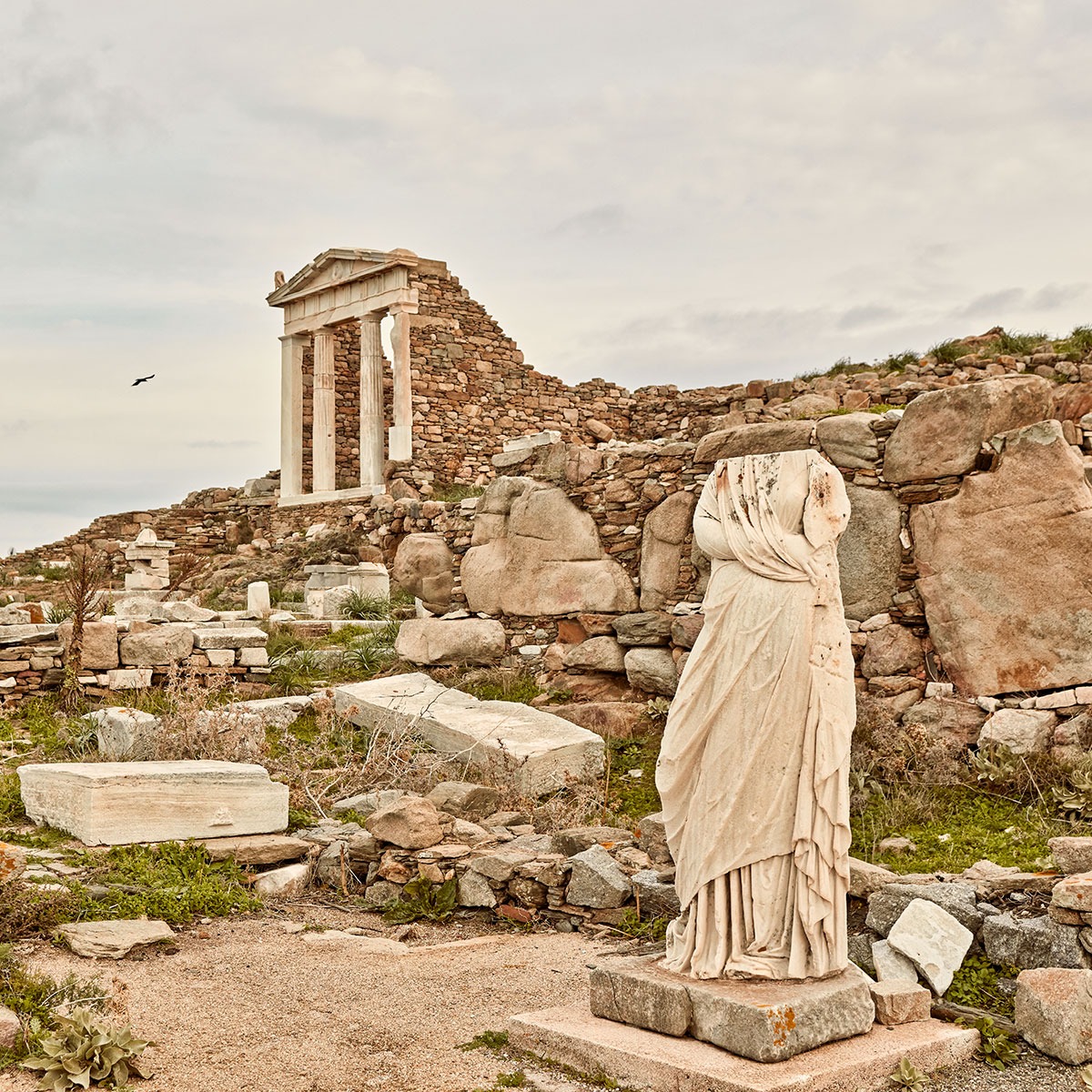 Owner’s Tip: whatever else you do on Mykonos, don’t miss visiting the neighbouring island a mere 30 minutes by boat that will transport you to a different universe.

As a native of Mykonos, Delos is a place I have never tired of returning to time and again. The mythological birthplace of the twin gods Apollo and Artemis is today a UNESCO World Heritage Site. Evidence of habitation dates back to the 3rd millennium BC on this little island which was a very important religious centre from the 9th Century BC and for almost one thousand years. From 478 BC, it hosted the treasury of the Delian League before it was removed to the Acropolis in Athens and Delos turned into a thriving port of world trade from the 4th Century BC onwards. A museum among the ruins of the ancient city contains the most important artefacts unearthed during ongoing excavations.

Leaving Myconian Korali at noon, you will swim and snorkel around Rhenia and enjoy a grilled on-board barbeque lunch before heading to Delos around 5:30pm, a time of day at which few visitors choose to visit the island. Walk through the ancient city in the company of a certified private guide as the sun sets over its marble ruins. And on your return to Mykonos Town around 8pm with champagne in hand, just when you thought it couldn’t get more magical, Chora will light up its glittering night mantle. 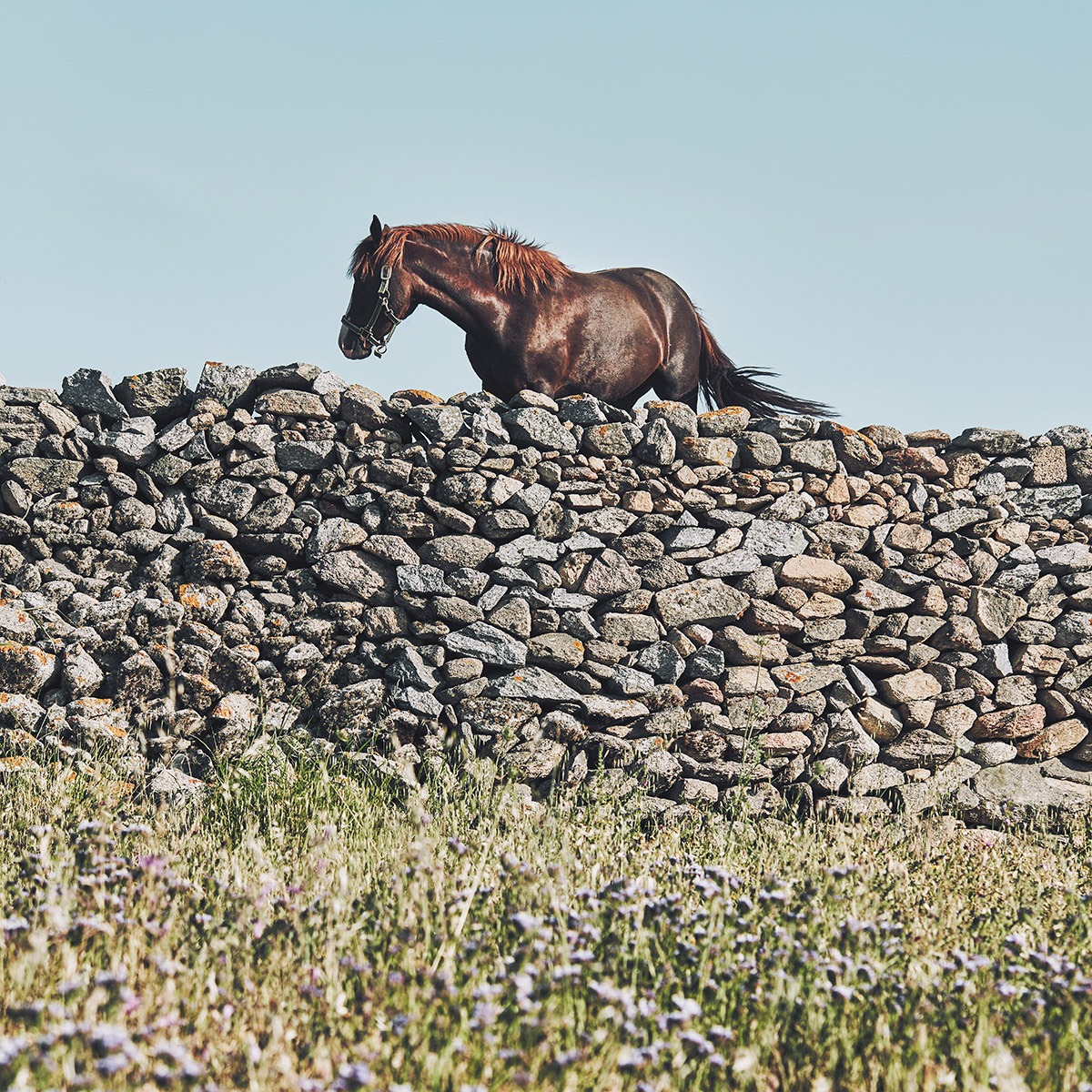 Riding on one of the most beautiful Islands in the Cyclades is an unforgettable experience.

Discover the unique and breathtaking scenery from Ano Mera to Fokos Beach, accompanied by Fanis Rouvas, a professional-riding instructor, horse-trainer and breeder of 24 years who will ensure that the experience is relaxed, comfortable and safe. Each rider’s specific needs are taken into consideration and many of our horses are rescue animals that have been working with tourists on the island for over 11 years. Instruction is provided for beginners and clients are equipped with all necessary safety equipment. Itineraries can be tailored to special occasions such as romantic outrides. Transportation to and from Myconian Korali is included.

Our concierge team remains at your disposal for additional information, as well as to facilitate any other arrangements you may require ahead of your arrival.

We use cookies on our website to give you the most relevant experience by remembering your preferences and repeat visits. By clicking “Accept”, you consent to the use of ALL the cookies.Read our policy
Cookie settingsACCEPT
Manage consent

This website uses cookies to improve your experience while you navigate through the website. Out of these, the cookies that are categorized as necessary are stored on your browser as they are essential for the working of basic functionalities of the website. We also use third-party cookies that help us analyze and understand how you use this website. These cookies will be stored in your browser only with your consent. You also have the option to opt-out of these cookies. But opting out of some of these cookies may affect your browsing experience.
Necessary Always Enabled
Necessary cookies are absolutely essential for the website to function properly. This category only includes cookies that ensures basic functionalities and security features of the website. These cookies do not store any personal information.
Non-necessary
Any cookies that may not be particularly necessary for the website to function and is used specifically to collect user personal data via analytics, ads, other embedded contents are termed as non-necessary cookies. It is mandatory to procure user consent prior to running these cookies on your website.
SAVE & ACCEPT